An inherent advantage of inverted forks is their weight, they're lighter than conventional front ends. A steel fork tube is the heaviest part of a traditional fork assembly. By design, inverted forks have shorter and thinner walled fork tubes. This results in less steering inertia and more responsive handling feel. 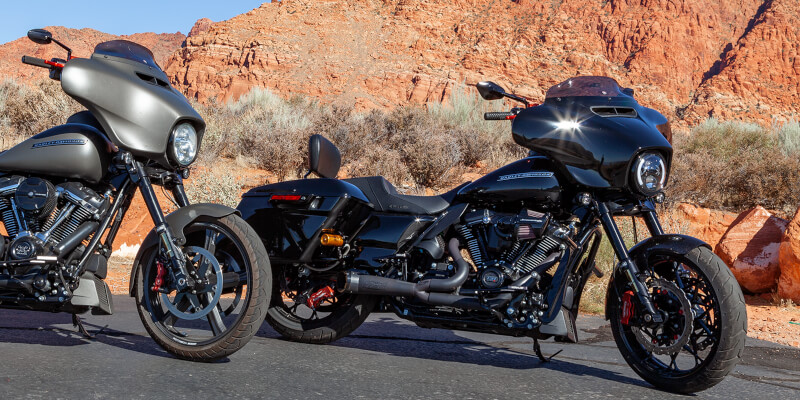 Most of the stress applied to forks occurs just below the bottom triple tree. When you pull the brake lever you are “braking the wheel” and the bike slows because the front wheel is attached to the front suspension. The momentum of the bike transmits through the forks, trying to push the front wheel.

Think of the force being exerted upon a steel fork tube, just below the lower triple tree, now think of that same force on an inverted front end - clearly the inverted front end is stronger, by far, the tube absorbing those forces is of a much greater diameter.

The much more rigid (compared to a steel fork tube) slider makes up a higher percentage of the overall length in an inverted front end. This design benefit reduces flex and improves handling and feel, what we call “connectedness” when compared to a conventional design..

Additionally, inverted forks are stronger because they have more overlap – the distance the fork tube protrudes into the slider – than conventional forks. The more overlap, the more rigid the front fork assembly.

Clearly, you can see why we are such fans and proponents of the inverted front fork design!! There is no reason we all can’t enjoy the benefits of a well built and designed front suspension. KRAUS is working hard to bring these big benefits to the riders that need and will appreciate them most, the Long Riding touring set and the Dyna Tough riders!