Starting with a standard Harley-Davidson Dyna and transforming it to possess Ducati-like handing is not an easy task for a builder. Unless that builder is Satya Kraus. For years Kraus Motor Co. has been building some of the most amazing handcrafted bikes for show and go, but this is the first time Satya has set his sites on a stock Harley in which to do so. And he did it for Hot Bike Magazine's Hot Bike Tour Invitational Build-Off.

As you can see this bike does retain some of the looks of a stock Dyna, but its been outfitted with nothing but the world's best parts that allow this nearly 800-pound bike from the factory to shed hundreds of pounds. A set of amazingly-lightweight Carbon fiber BST Wheels from Brock's Performance, some massive braking enhancements from Beringer Brakes, and Ohlins suspension are the standouts of the build and really the components that make the most dramatic difference in the newly improved handing of this machine. Kraus Motor Co. specializes in making these high-end Euro parts fit on American muscle machines and Satya keeps his CNC machines busy making radial brake mounts, triple trees, Spiegler USA Motogadget gauges mounts, and all other superbike-like wonder parts for any and all models of Harley-Davidson motorcycles.

This Dyna also has something that Satya hasnt done before on a build; a set of saddlebags. "Well, this bike was going to be ridden for 5 days and a 1000-plus miles on the tour so I needed some storage space, so I went with a set of FXR Division bafs and they worked out well." Stated Kraus. Other standouts of this build are a custom Sawicki Speed exhaust, a Trac Dynamics Swingarm, a gand of Italian Rizoma parts, and some rather intense LED lighting from Clearwater Lights makng this bike one of the best custom Dynas we have ever seen.

If you want to see and know more about this here Lone Star Dyna, check out the Jan/Feb double issue of Hot Bike for a full feature on this bike and an in depth interview with Satya on how the bike came to be. 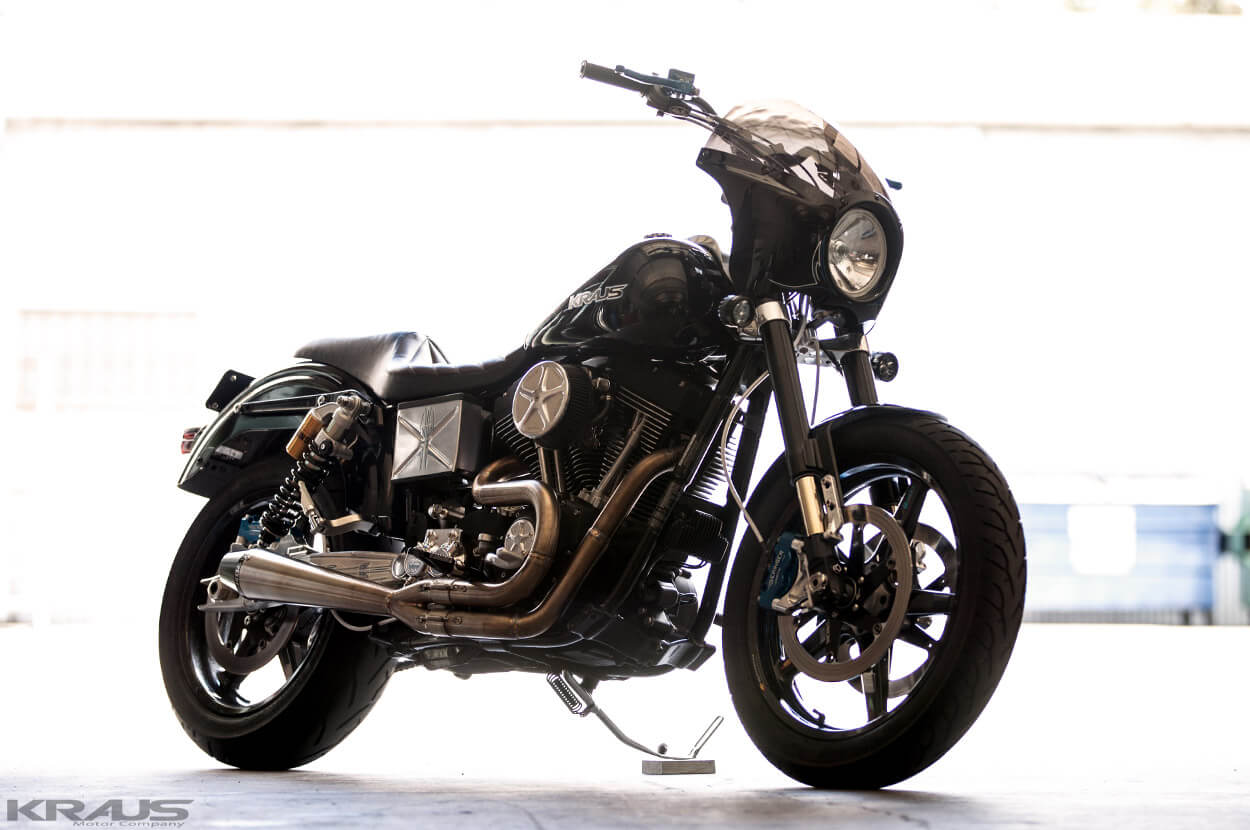 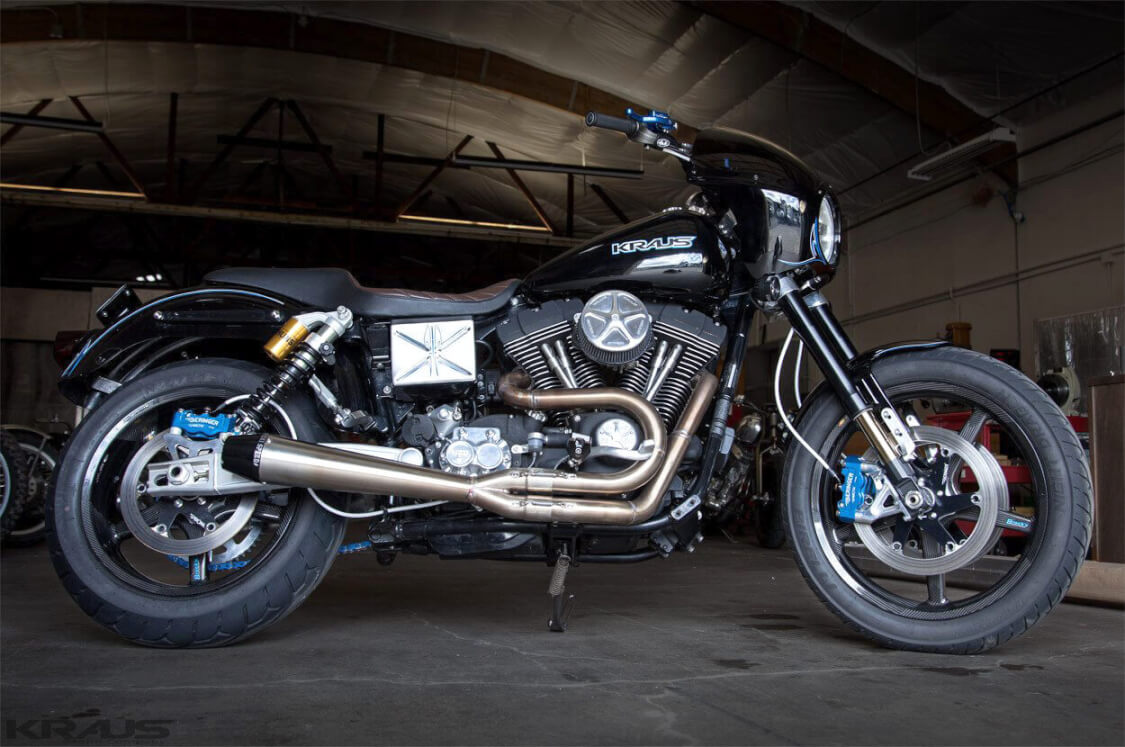 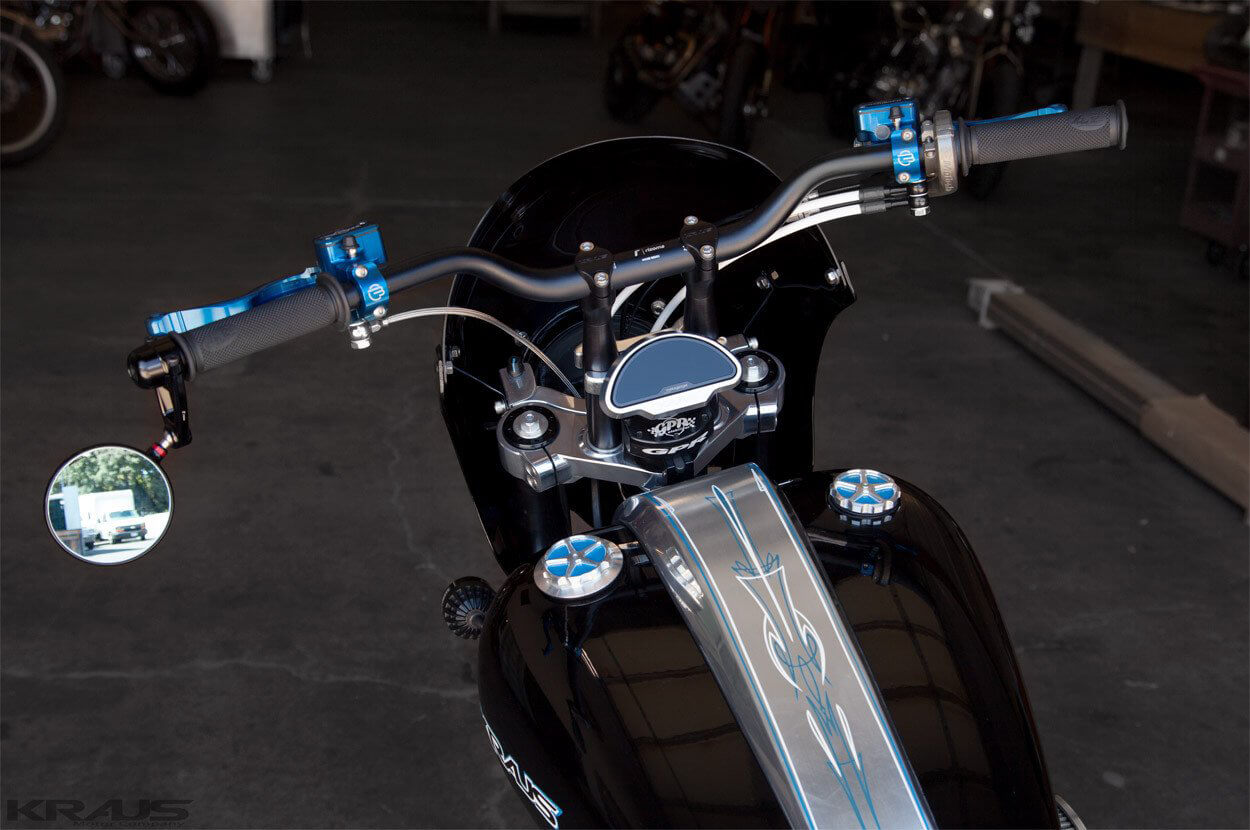 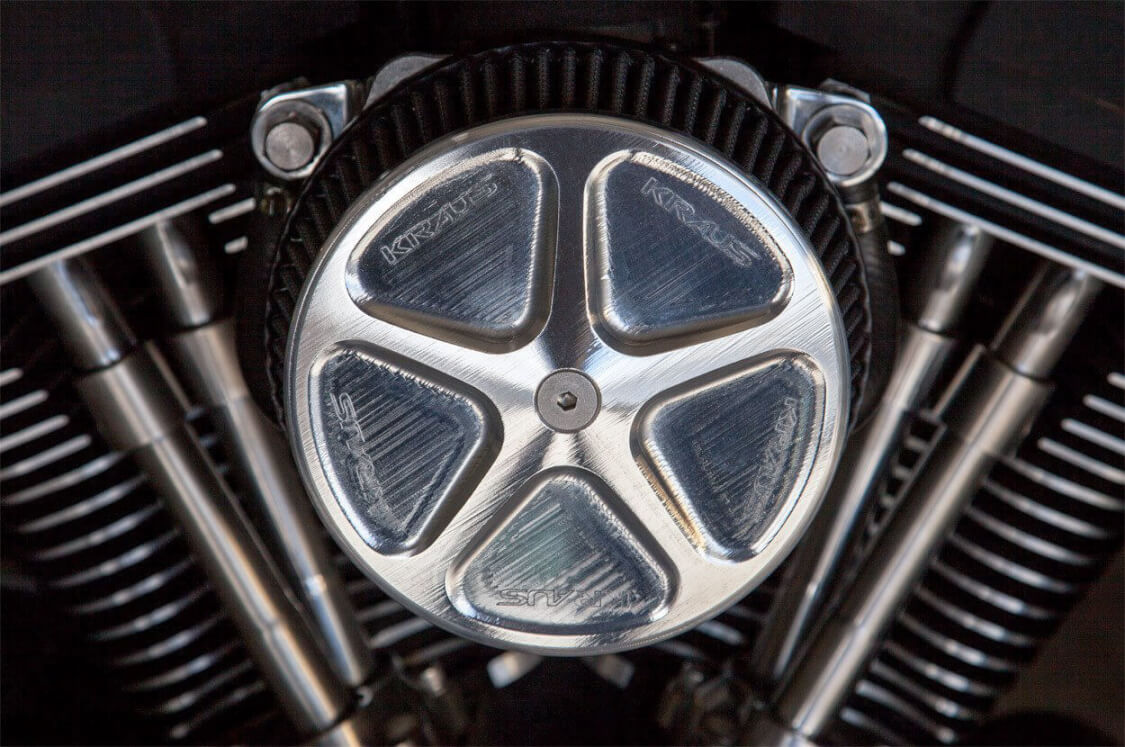 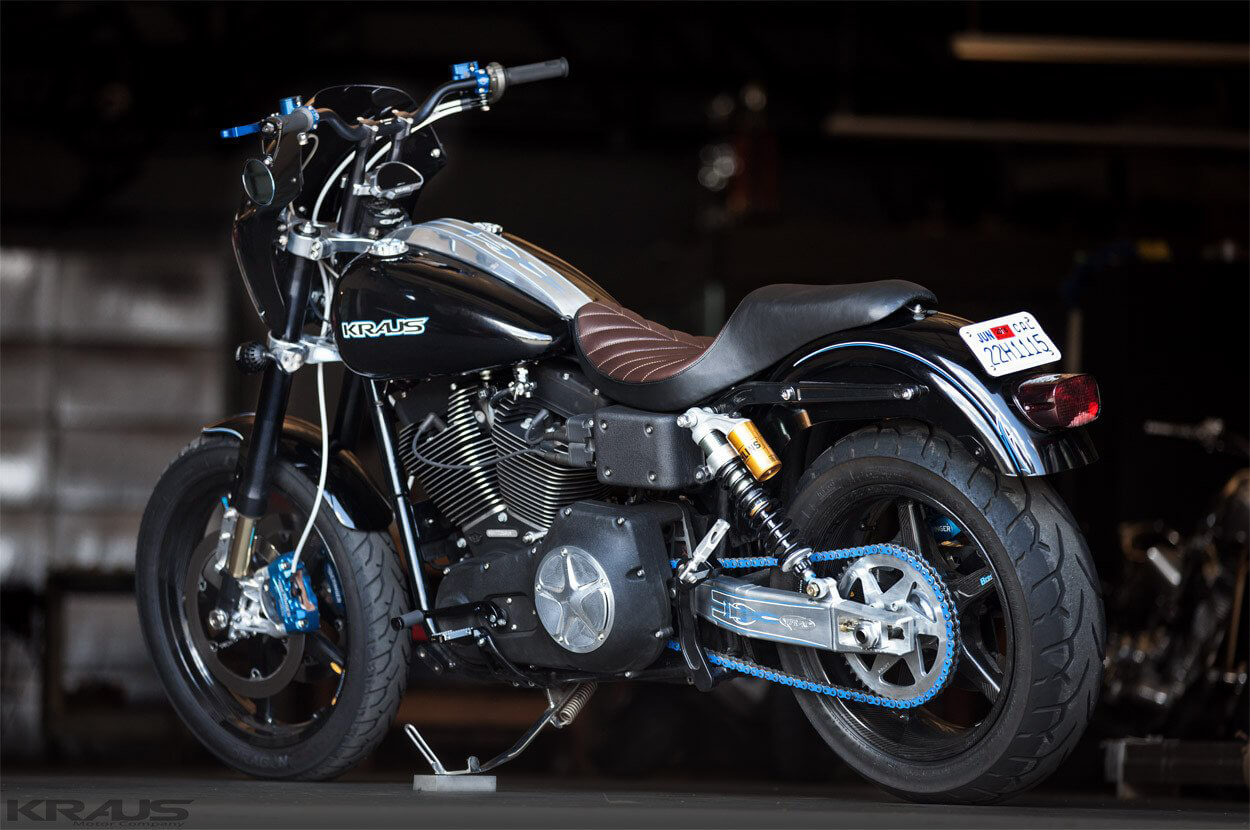 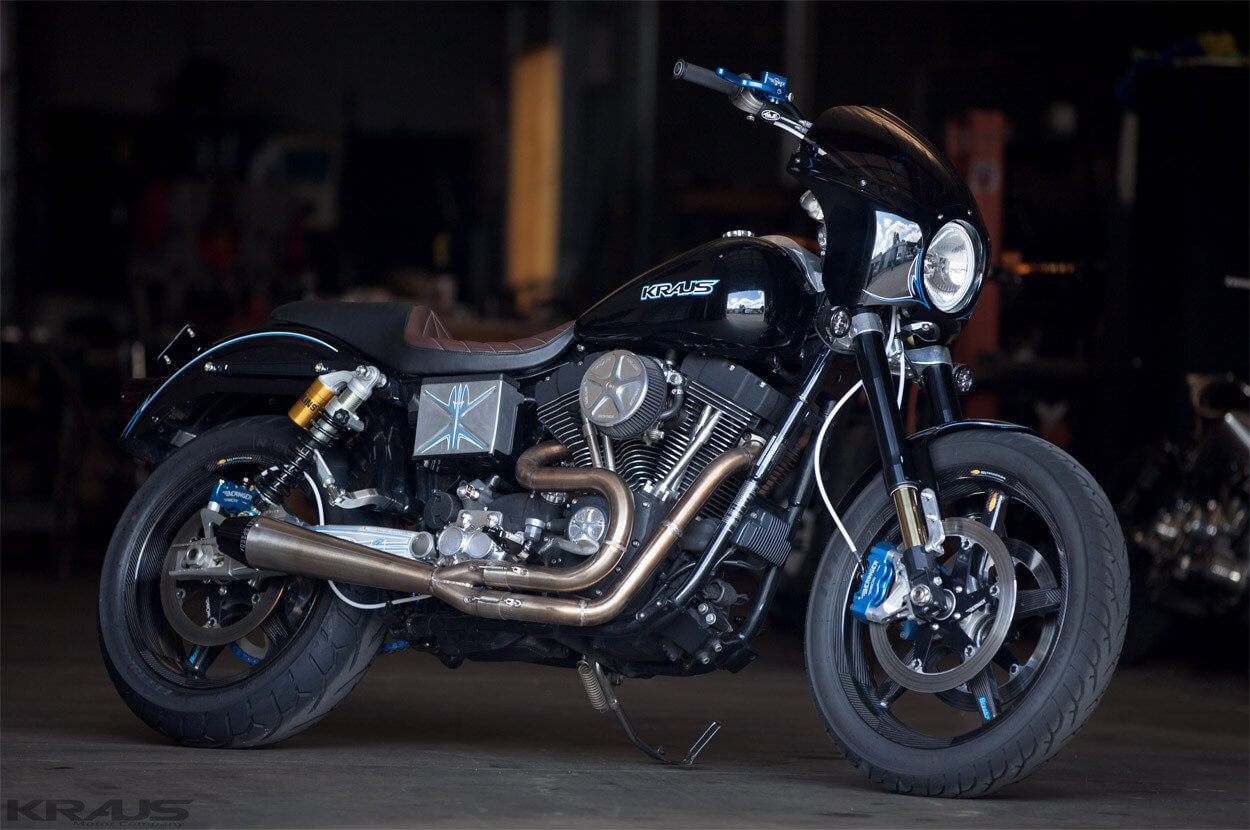 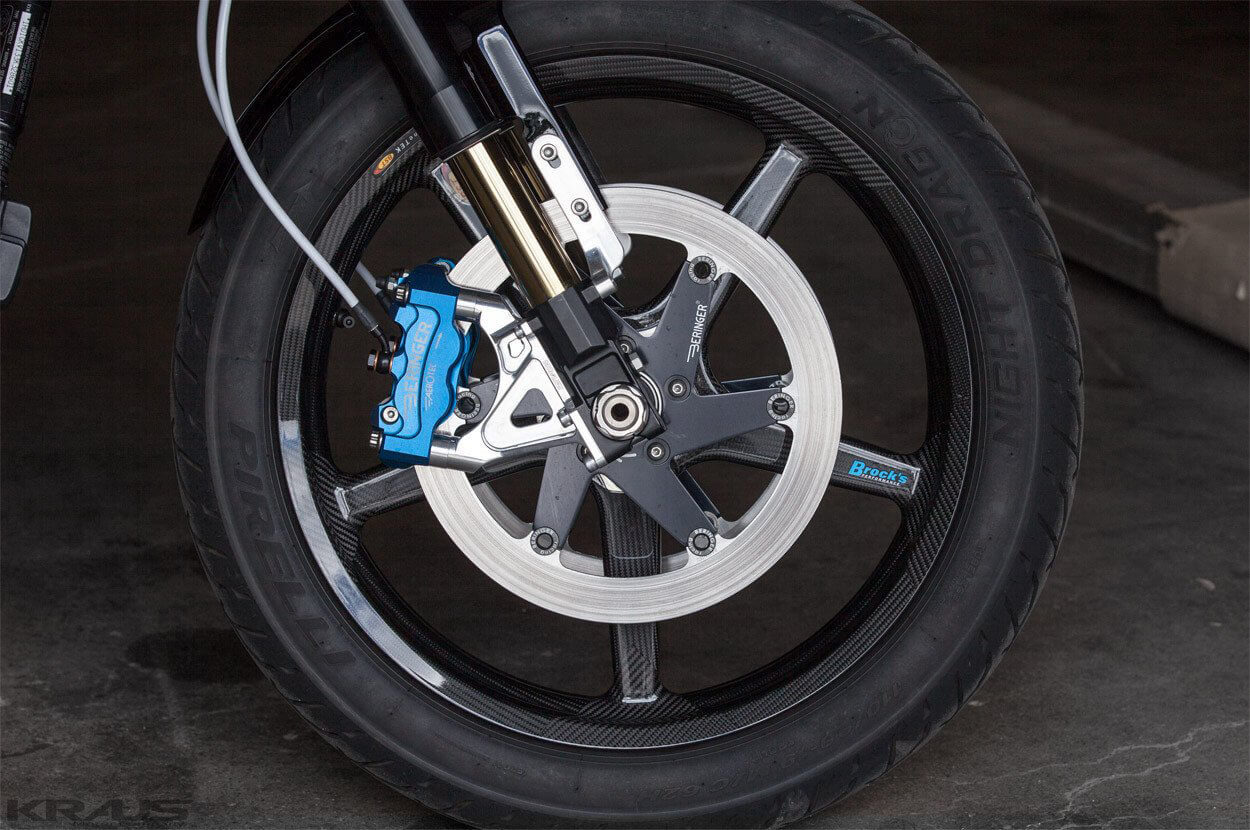 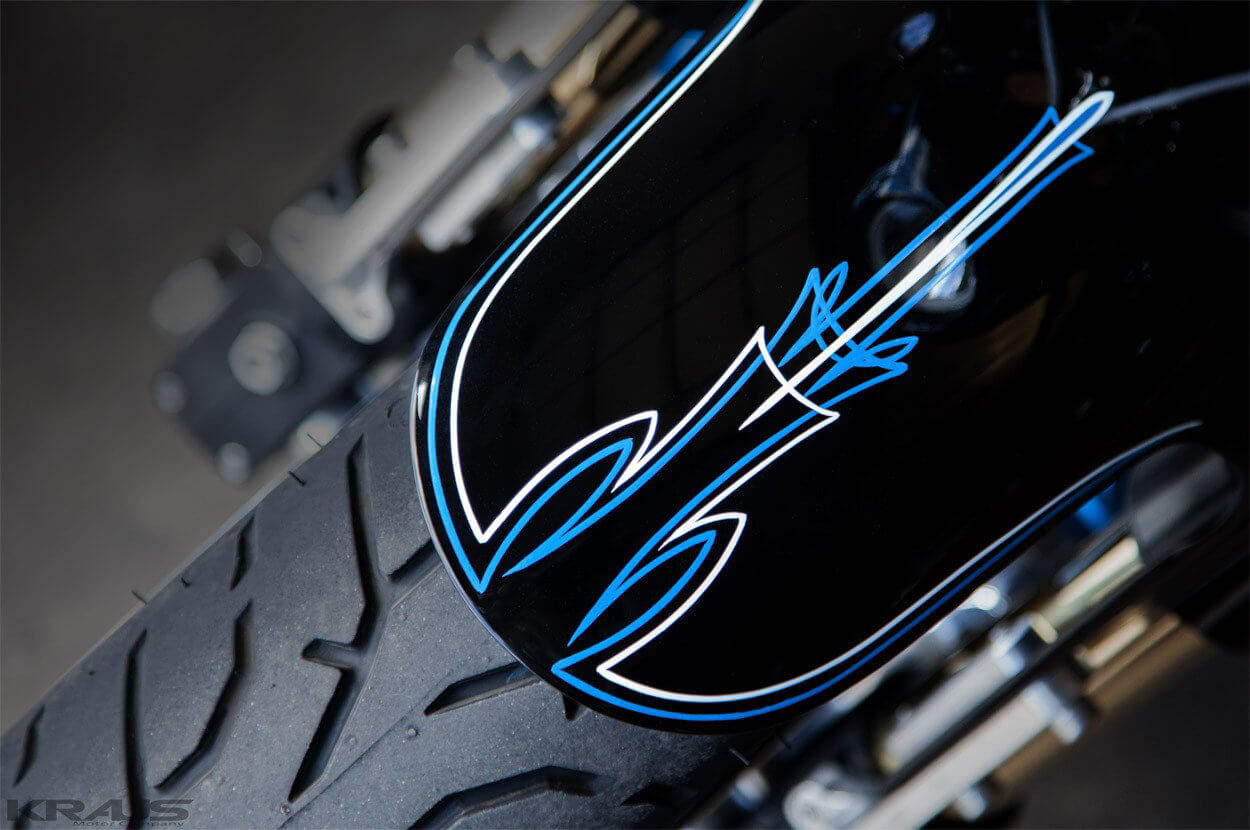 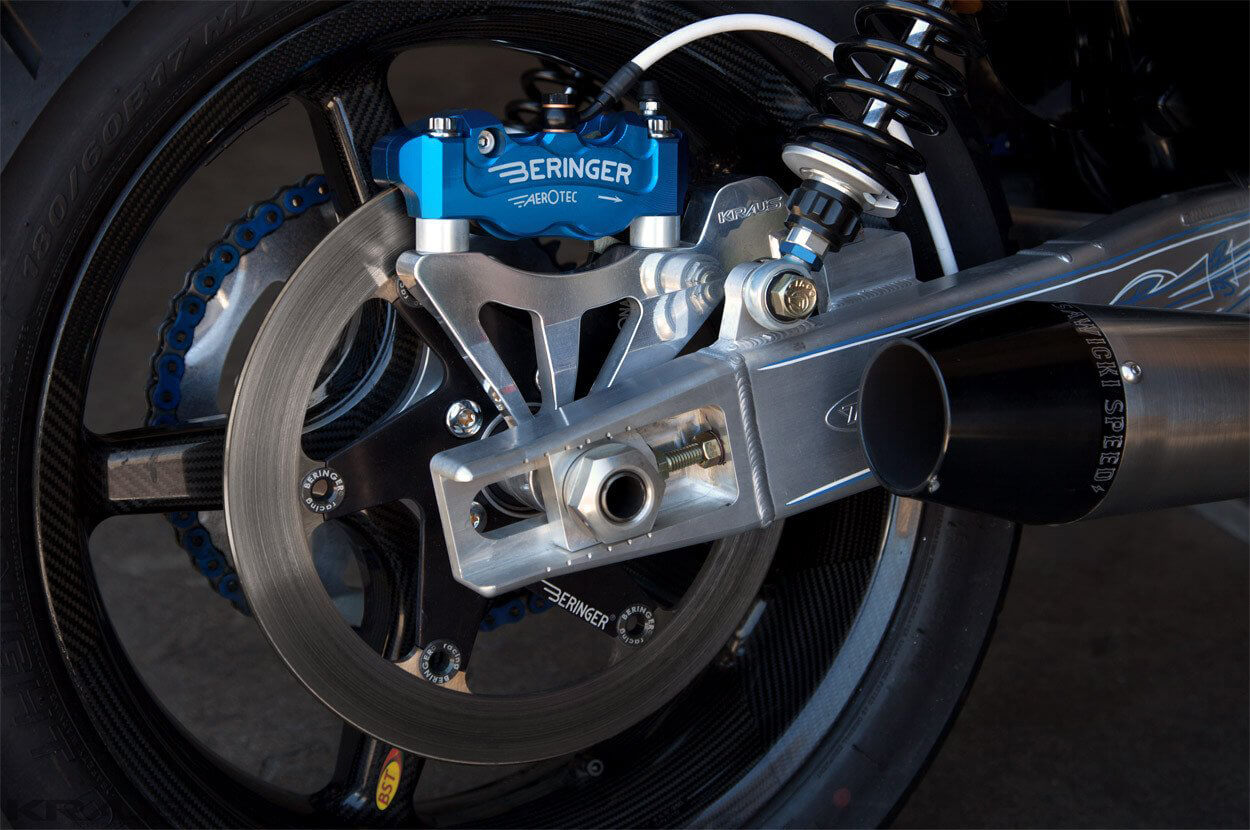 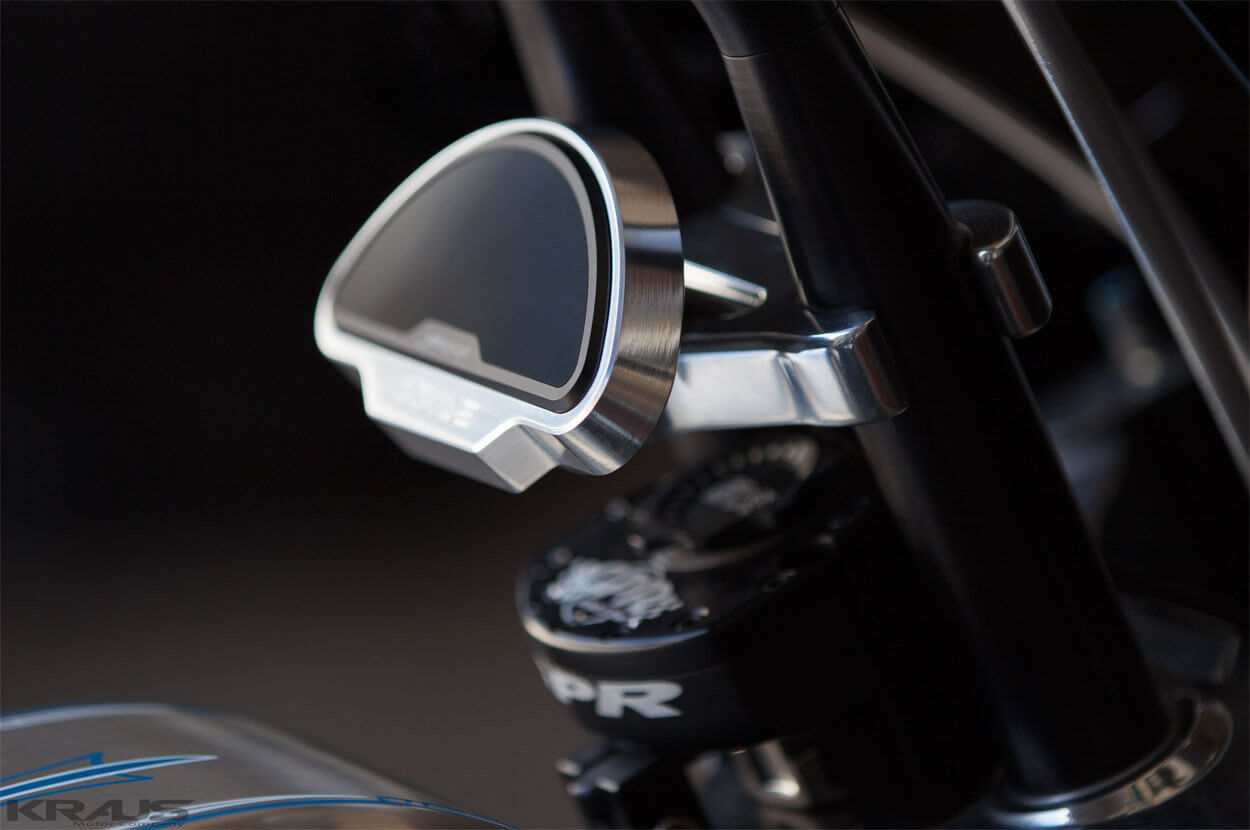 Related Articles
ACHUMA: Built for a Lifetime of Use 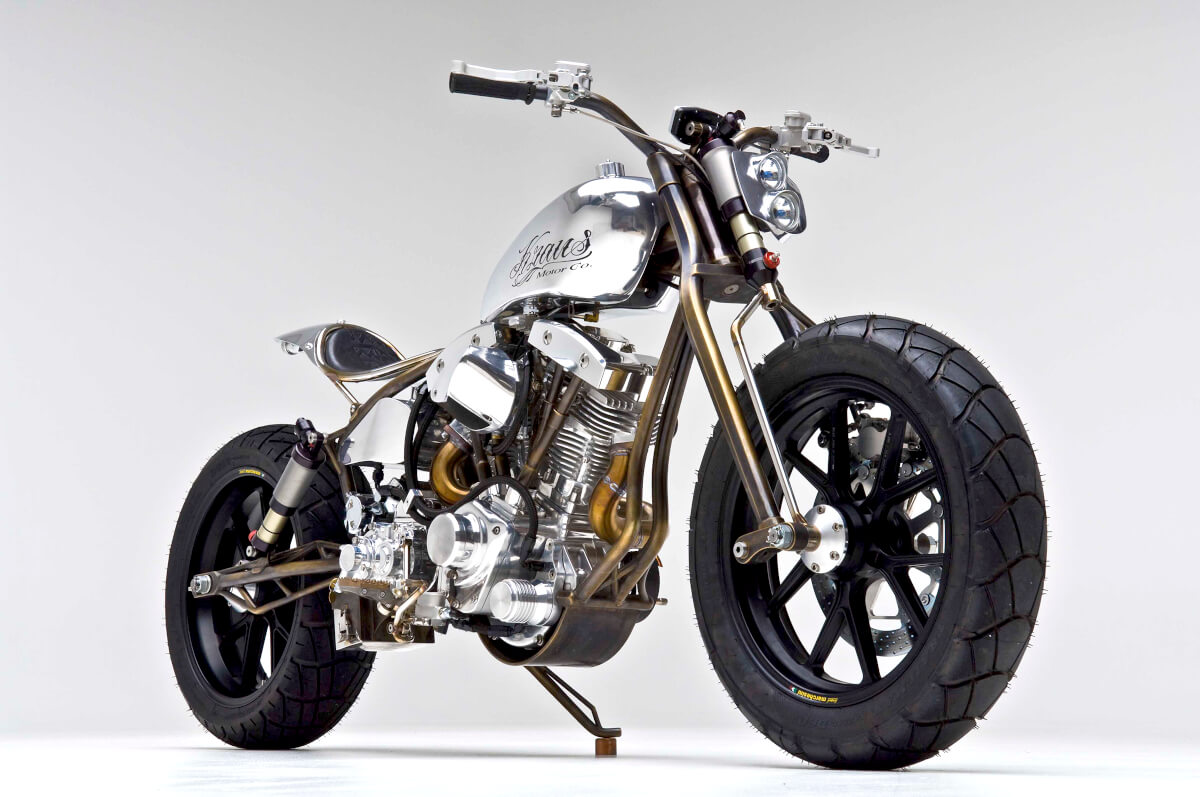 Named after a South American cactus known for its hallucinogenic properties, “Achuma” is part old Harley and part motocrosser, a Shovelhead-powered streetfighter that’s got a style all its own.
Read More
The Pursuit of Perfection: Kraus Moto's Balanced-Built Dyna

If there’s one builder in the industry who favors function over form, it’s got to be Satya Kraus. Satya has a firm belief that all bikes should be able to perform utilizing the latest technology available and not just look pretty sitting still at a bike show or parking lot.
Read More
Carey Hart's Superteam Builds A Custom Indian Springfield

Five builders from different garages all over the US assemble to build an Indian Springfield in Carey Hart's Central California garage.
Read More